According to a tweet from Video Age International, Miss Scarlet and The Duke will be presented at MIPCOM (Marché International des Programmes de Communication, English: International Market of Communications Programmes), an annual trade show held in Cannes (France) from 14 – 17 October 2019, which is mainly used by representatives of television studios and broadcasters to buy and sell new programmes for international distribution. 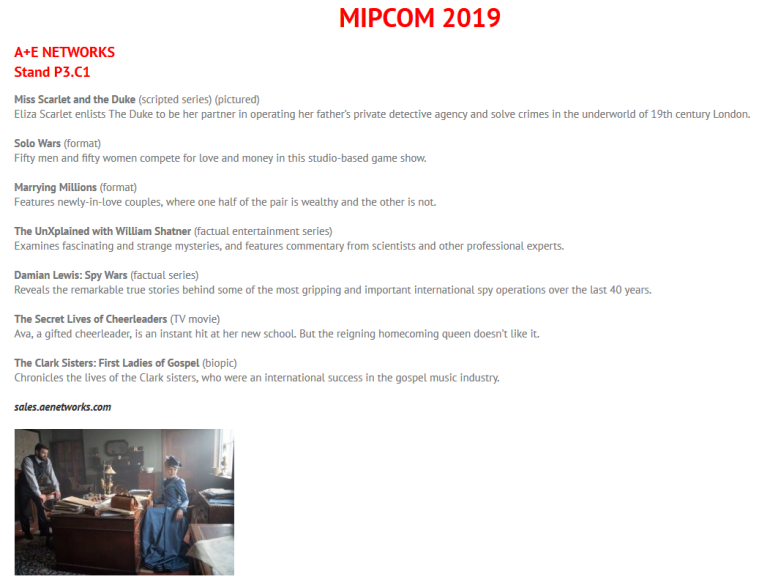 The news come with the above promotional still of the two main characters played by Kate Phillips (Miss Eliza Scarlet) and Stuart Martin (William “The Duke” Wellington) after the cast and crew entertained us with a series of photos from the set of Miss Scarlet during the summer.

Andrew Gower will play Rupert Parker, Miss Scarlet’s “BFF” (according to show creator Rachael New) and “a man ‘out of time’ with Victorian London“.

“Miss Scarlet and The Duke is in post-production, having filmed all through the summer, and it’s exciting for us to start showing buyers how it’s looking. […] We are so hugely proud of the show—our first original scripted show from A+E Networks International.”