But who was James Hadfield?

We did some research and would like to present our results to you!

Please keep in mind that our findings are solely based on the original, historical figure, not the fictional character on the show which is bound to take some creative licences – if only to fit James Hadfield’s story into the overall Poldark plotline.

However, if you want to remain completely “spoiler”-free, we’d advise you to stop reading now!

Not much is known about Hadfield’s early life. It is estimated he was born in England in 1771/ 72. When he was in his early 20s, he served in the French Revolutionary Wars as a soldier and was badly wounded with a sabre in the Battle of Tourcoing in 1794. The severe head injuries he sustained left him badly scarred and his post-mortem in 1841 revealed extensive brain damage. After being captured and tortured by the French, he was released in a prisoner exchange but remained traumatised for the rest of his life.

On his return to England, he was discharged of military services on the grounds of madness. Living on the streets of London, he became involved in a millenialist movement and met  a preacher named Bannister Truelock, who persuaded Hadfield he could bring about the Second Coming of Christ – by assassinating the King and being sent to the gallows for treason.

On Thursday, 15 May 1800, King George III attended a Royal Command Performance at the Royal Theatre, Dury Lane. During the playing of the National Anthem, James Hadfield, who sat in the audience, stood up and fired a pistol at the King who was just taking a bow from the Royal Box. Fortunately for the King, Hadfield was obviously not a very good shot, as both attempts missed the King narrowly. One of the slugs missed him by 14 inches, the other one brought down flakes of plaster from the ceiling of the Royal Box. Luckily one member of the audience – a David Moses Dyte – had the presence of mind to disarm the assailant before he could do any more damage to the building – or the King. 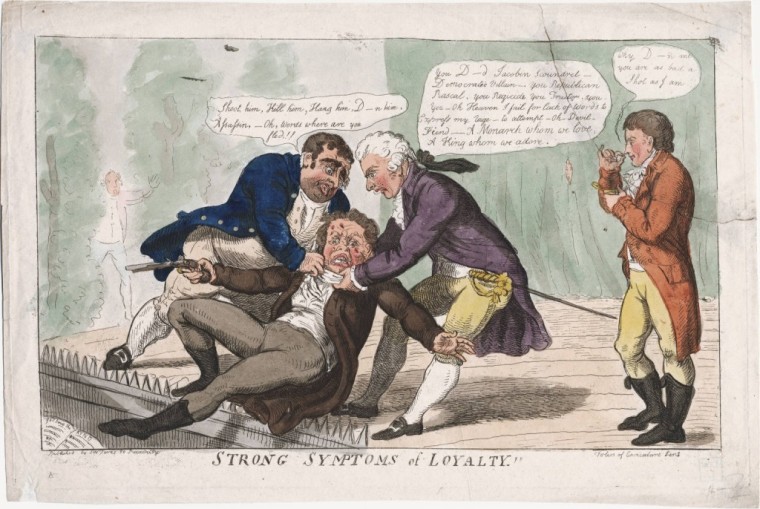 George III was so unperturbed by the incident that he insisted that the theatre performance should go ahead as planned and actually fell asleep during its second half.

Hadfield was arrested and tried for high treason at the Court of King’s Bench in June 1800. His lawyer Thomas Erskine, thought to be the best barrister in England at the time, pleaded insanity for the accused. However, Hadfield’s planning of the shooting seemed to contradict this claim.

Hadfield’s case set an important legal precedent. Before 1800, if a defendant was acquitted on the grounds of insanity, he was simply allowed to go free because there was no law in place that allowed the government to detain him. In Hadfield’s case the concern remained that he would be released in a period of lucidity and make another attempt on the King’s life at a later date. Four days into the trial, the prosecution proposed a new bill which led to the so called Criminal Lunatics Act 1800 which was quickly passed by Parliament. It required the detention of someone who had committed a crime in a bout of insanity rather than leaving it to the discretion of the judge and jury, even if such detention meant forever. 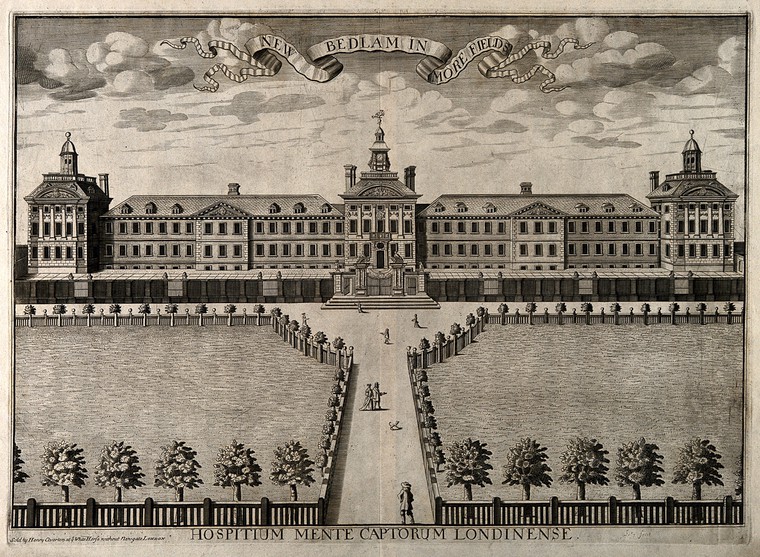 Instead of being executed (as had been part of his plan), Hadfield was committed to Bethlehem Hospital in Moorfields (also known as Bedlam) where he remained until 1802 when he and fellow inmate John Dunlop managed to escape. Their attempt to flee to France was put to an end in Dover where they were recaptured and taken back to Newgate Prison before eventually being returned to Bedlam, where Hadfield died in 1841 of tuberculosis.

Several years after this own trial, Hadfield inspired further use of pleading insanity during the case of Colonel Edward “Ned” Despard.