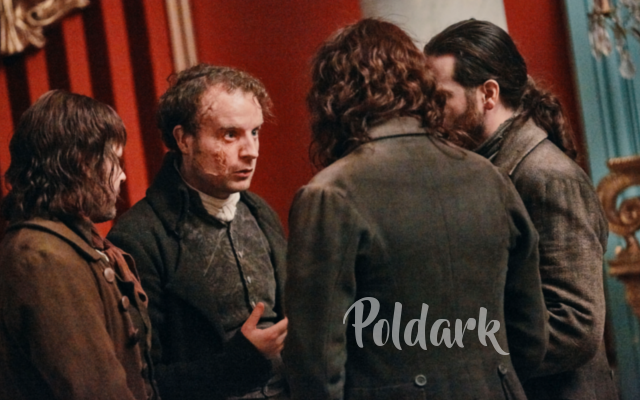 Andrew Gower announced via this Instagram post on 17 January 2019 that he would play the character of James Hadfield, a historical figure who attempted to assassinate King George III, in the 5th and final season of period drama Poldark.

The series follows Captain Ross Poldark (Aidan Turner), a British officer in the American War of Independence, who returns to his home in Cornwall to find out that his father has died, his estate is indebted and in ruins, and his former sweetheart Elizabeth (Heida Reed) is engaged to his cousin Francis (Kyle Soller).

At the town’s market, he encounters the young Demelza (Eleanor Tomlinson), who has run away from home after her father abused her. Ross decides to employ her as a kitchen maid and eventually the two fall in love and get married.

After some doubts about his future, Ross resolves to stay in Cornwall and run his estate and the copper mines he inherited from his father while rivalling the greedy and arrogant George Warleggan (Jack Farthing).

Poldark is based on a series of books of the same title by novelist Winston Graham. The first four seasons cover books 1 – 7. Season 5, set in the early 19th century, bridges the 10-year gap between books 7 and 8 with the writing of show creator Debbie Horsfield.

At the beginning of season 5, Ross and Demelza are determined to finally lead a quiet family life when a letter from an old friend calls Ross back to London. While trying to help the wrongly imprisoned Ned Despard (Vincent Regan), Ross meets the obviously mentally ill James Hadfield (Andrew Gower) on several occasions and eventually stops him from committing a crime.

Later Ross and Ned can be seen as spectators of Hadfield’s trial where Ross’ friend Dr Dwight Enys testifies on behalf of the accused.