Miss Scarlet and The Duke 1×02 The Woman in Red

It’s been a couple of weeks since Eliza Scarlet (Kate Phillips) has opened her own private detective ageny and things are not going quite as hoped for. Not many people in 19th century London are willing to hire a female detective. During her first monthly meeting with her financier Rupert Parker (Andrew Gower), who proudly presents her to his friend Dr Moorhouse (Kieran Hodgson), she has to admit she can’t pay the agreed rate.

Tabitha Butler’s (Deirdre Mullins) husband Edward (David Crowley) was found at the scene of a murder with the murder weapon his his hand. Tabitha hires Eliza to prove her husband’s innocence despite his confession. During her investigation she once again crosses paths with Jamaican bouncer Moses (Ansu Kabia) while The Duke tries his best to discourage Eliza from continuing on her “foolish” endeavour.

Eliza’s skills of deduction lead her back to Rupert, who takes a great risk by confiding a big secret to her, but the realization that they are both outsiders in a Victorian world, strengthens their bond and friendship. In the end even the Duke has to reluctantly acknowledge Eliza’s abilities are an asset, and a new business partner will help take care of her clients’ poor payment behaviour. 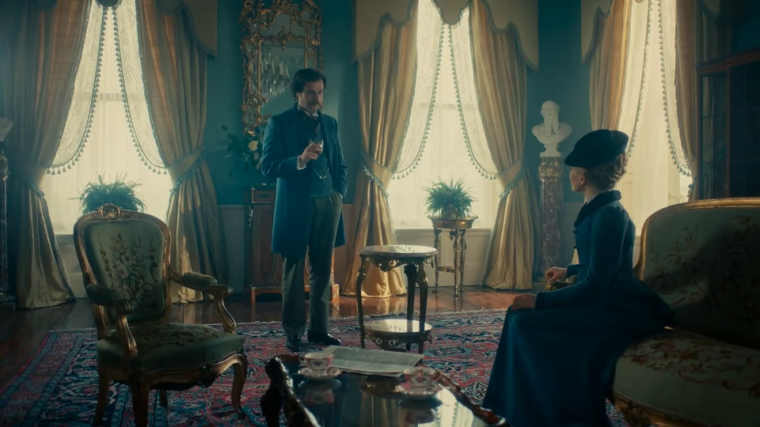