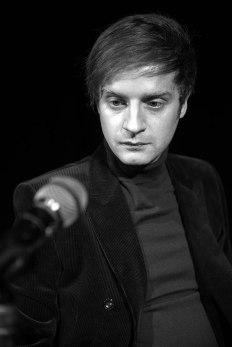 There are two new stills taken on the set of Humpty Fu*king Dumpty by photographer Dave Gleave. They show Andrew Gower as Tommy Quickly, the main protagonist of the short film about the Merseybeat singer.

According to Stephen Walters‘ recent tweet, Andrew’s debut as an executive producer will go on the film festival circuit before being released to a wider audience.