Returning to the Playhouse this June, Robert Icke and Duncan Macmillan’s adaptation of Orwell’s classic novel 1984 continues to enthral audiences. With a flawless cast and ruthless staging, the play offers 101 minutes of extreme, visceral storytelling.

Andrew Gower excels as Winston, despite hardly speaking for the first several scenes; Angus Wright delivers a chillingly composed O’Brien. The cast are flawless in their enactment of an outstanding script. 1984 succeeds in bringing new life to Orwell’s work; I left the Playhouse thoroughly removed from myself. 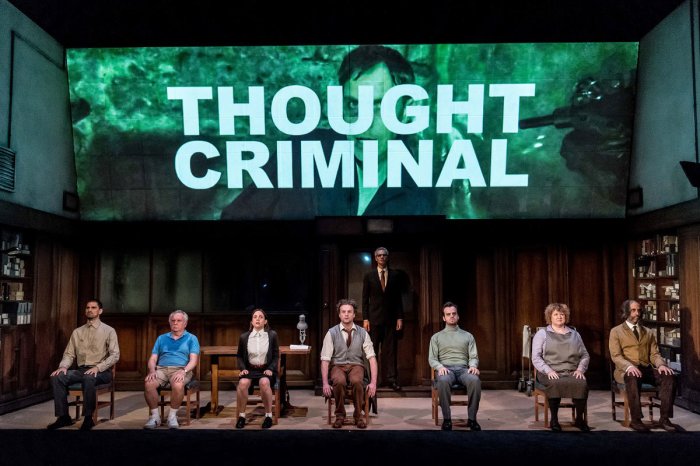 Andrew Gower, who plays Winston, has a hint of Michael Sheen about him and gives an outstanding performance. He stumbles about and looks confused and then satisfied as he forms the relationship with Julia (Catrin Stewart – good). In the torture scene – so graphic it makes the blinding in King Lear look like a tea party – bloodied, bowed and terrified Gower is totally, and horrifyingly convincing. 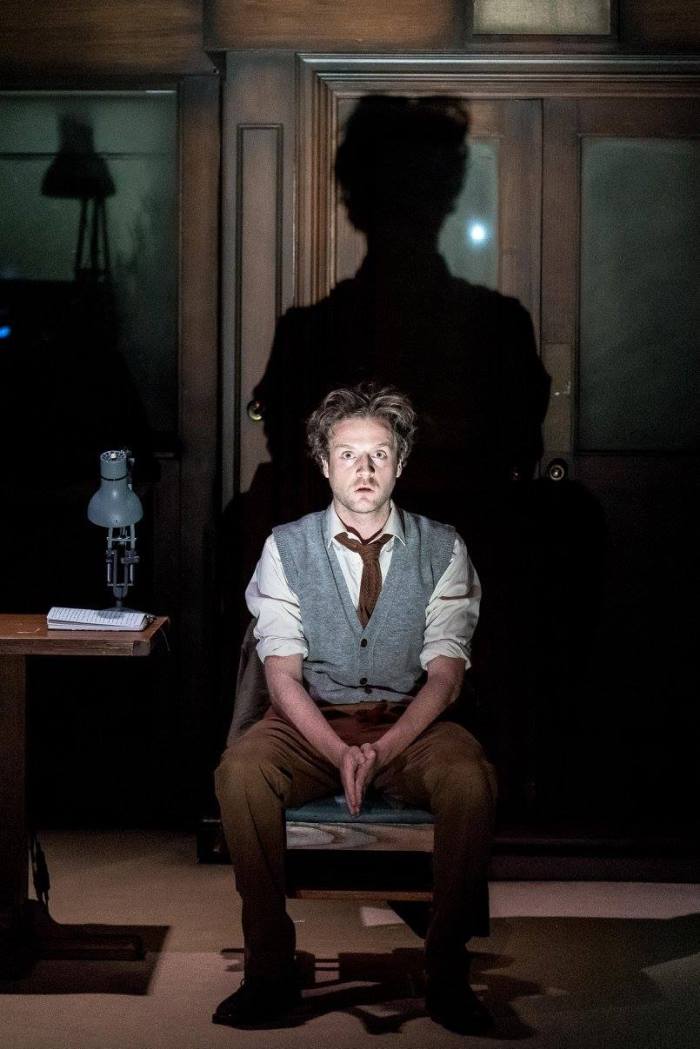 Andrew Gower’s Smith tries desperately to hold on to his memories but rebellion almost costs him his sanity and his life.

We first meet him trying to make sense of everything. He looks bewildered, uncomprehending, not sure that he is being told the truth. What is the truth? Big Brother’s version of events or reality?

He thinks that he has found allies – first in a woman, Julia (Catrin Stewart), who claims she loves him and is on his side – and then a man, O’Brien, who says that he works for the opposition.

Gower has an expressive face – in that he looks permanently baffled at what is happening around him – yet he fails to fully capture the anger and frustration that Smith feels. Instead his voice rises at the end of every sentence as though every statement is a question. Perhaps it is. He questions authority and look where it gets him – Room 101.

Look away now if you’re distressed, of a nervous disposition, or unable to face your worst fears. Room 101 contains your worst nightmares and, for Smith, it is his ultimate trial.