Following his ascent to the Roman throne, Caligula (Andrew Gower) starts a reign of terror over those in his immediate vicinity. Feeling that he isn’t given the appropriate respect and love from his subjects, he demands that statues of him are erected all over the Roman empire, including one with the Temple of Jerusalem.

Pilate (Vincent Regan) and the High Priest Caiaphas (Richard Coyle) know that such a desecration will cause a riot among the Jewish population, and that they need to work together to avoid bloodshed. However, there are also some among the former political leaders of Jerusalem that see a chance to restore the old order of things after the looming rebellion.

Saul (Emmett J Scanlan) returns to Jerusalem a changed man but is met with suspicion among the disciples who used to be his enemies. He needs to convince them of his miraculously changed intentions as well as leave hiding and start preaching Jesus’ words. While he and Peter (Adam Levy) come to an understanding, the disciples learn from Mary Magdalene (Chipo Chung) about the arrival of Caligula’s statue. 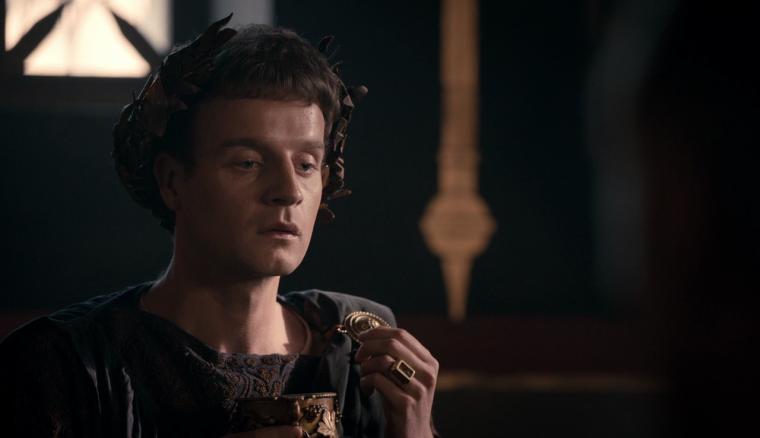