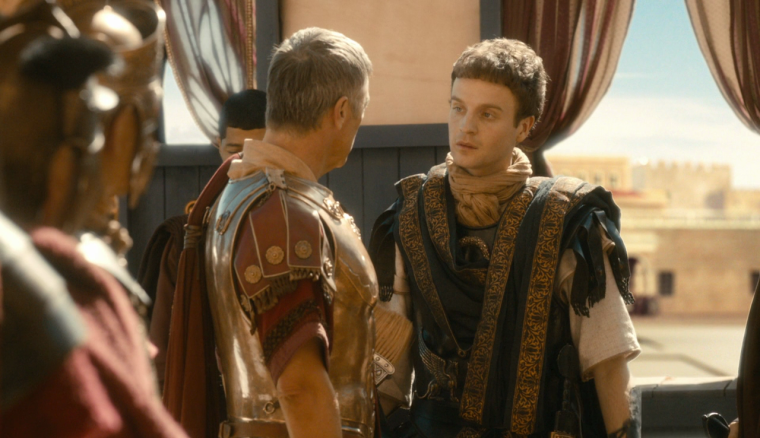 Biblical drama A.D. – The Bible Continues is a sequel to the NBC hit TV show The Bible by producers Roma Downey and Mark Burnett. It picks up immediately after the Crucifixion of Jesus Christ and shows the impact his death had on his disciples as well as the religious and political leaders of the time.

Jewish persecutor Saul (Emmett J. Scanlan) is targeting Peter (Adam Levy), a former fisherman from Bethsaida and one of the followers of the recently executed Jesus. Fearing for his life, Philip (Joe Dixon) has fled Jerusalem. After watching “Simon the Sorcerer” (Stephen Walters) perform a “miracle” in a market, he decides to show the people of Samaria the true power of God.

The imminent visit of Roman Emperor Tiberius (Kenneth Cranham) threatens Pilate’s (Vincent Regan) position as Governor of Jerusalem. Tiberius is accompanied by his “debauched and dangerous” nephew Caligula (Andrew Gower), who on a nightly stroll through the city reveals his quick temper and violent nature.