The BBC have released the first image of Andrew Gower in the role of Gilbert Hankin in series 2 of The Village. The image shows him holding Tom Varey (Bert Middleton) aloft on his shoulders, assisted by Matt Stokoe (Gerrard Eyre). 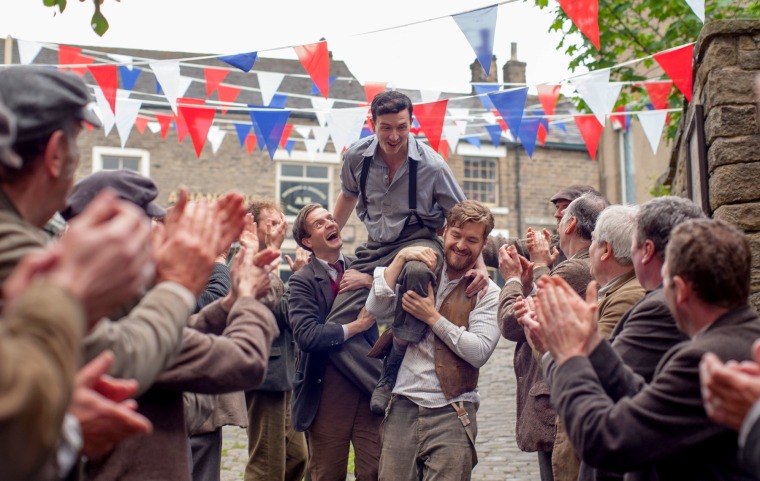 There is no release date for the series, but we will keep you posted as and when we receive news.