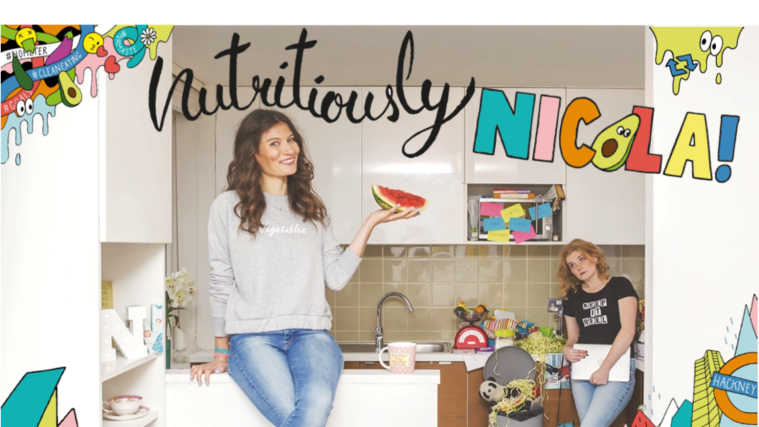 The series follows Nicola as she tries to spiralise her way to success and keep her grip on reality, which is difficult when her reality consists of Instagram, dealing with her eating disorder and trying to keep up in her too-cool East London neighbourhood.

Nutritiously Nicola! is a dark, filthy and fast-paced satirical comedy about the contemporary social landscape of Instagram perfection. The series will consist of 6 snack-sized episodes of roughly 7-10 minutes in length. #FuckingYUM.

One of the cast members announced was Andrew Gower for the role of Guy Titt.

Andrew will be playing Guy Titt, a male fitness, food and lifestyle instagrammer who approaches Nicola for a collaboration as he believes that she will be good ‘content’.

Guy has millions of followers, a book deal (despite the fact he can’t read or write) and an infectious enthusiasm which convinces people that he must be talking a lot of sense. He convinces people to follow his lifestyle through an incessant use of the word ‘bosh!’ and a dislike for wearing shirts. He sees constant opportunities of workout and is, indeed, constantly working out, often in very inappropriate moments.

He is a very important character within the series, as he represents the growing male obsession with body image/eating/exercise. The common misconception is that eating disorders and body dysmorphia are female issues, but it’s effecting a growing number of men. Guy Titt definitely has an exercise addiction, and possibly a form of orthorexia.

Part of the criticism leveled at the recent Netflix film ‘To The Bone’, about eating disorders, was that it focused on the stereotypical image of a white, female, thin, middle-class, anorexic. With ‘Nicola’ we want to show that this is a problem which effects a wide spectrum of people, including men.

Whilst that all sounds very serious – it’s worth pointing out that the whole show is fairly surreal and weird at times – and Guy Titt is probably the most surreal of the lot. He’s going to be hilarious.

In a video interview that Caroline Amer and Natalie Bray from Double Yay Productions conducted with Andrew on 7 August 2017, they talked about abs, beach bodies, favourite foods, instagram, and Guy Titt. There was also a notable mention of his amazing fans. Unfortunately, the video is currently not available online.

Due to scheduling conflicts with filming Carnival Row, Andrew had to pull out of the project in late November 2017, and the role of Guy Titt went eventually to James Clay.

The entire first season was released on 9 January 2019 on YouTube. Watch it here!