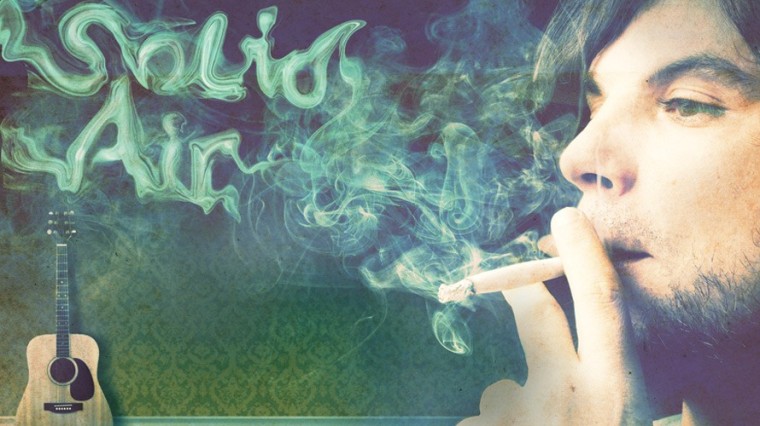 According to his Spotlight CV, Andrew Gower played Anthony Blair in a rehearsed reading of Solid Air, a play by Doug Lucie, directed by Mike Bradwell.

An Oxford College Ball, June 1973. Genius folk musician John Martyn is on the bill and he’s brought along his equally brilliant friend, Nick Drake. Despite their wildly different natures – John is a maverick; charming, brash and reckless, whilst Nick is shy and pensive – the two are close friends. But whereas Martyn’s career has taken off with the release of his groundbreaking album, Solid Air, Nick’s has stalled after his last effort, Pink Moon. And he doesn’t want to talk about it.

Backstage, between sets, the two musicians hook up with an unlikely crew – Ball Committee Rep, Anthony Blair, his date Sarah (who has dreams of joining the RSC), anti-ball protestor Dave (who isn’t supposed to be there) and off-duty Special Forces squaddie, George. Fuelled by hash brownies, crates of alcohol, lobster and crisps, the party spend a reflective night bantering, bickering, making music and singing.

Solid Air was performed at The Drum Theatre Plymouth from 7 – 23 November 2013.