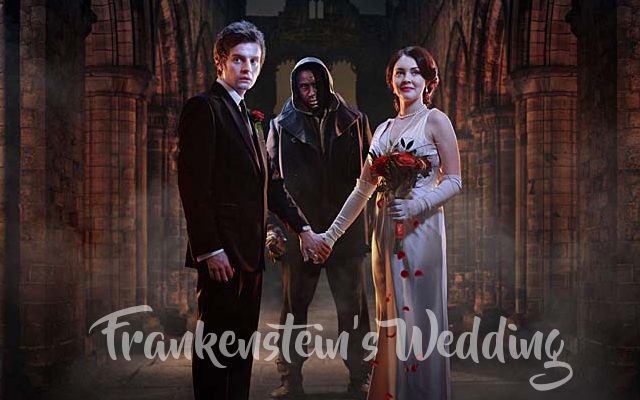 Frankenstein’s Wedding was a musical drama broadcast live from Kirkstall Abbey in Leeds on BBC Three on 19 March 2011. The story was based on Mary Shelley‘s novel Frankenstein and focused on the night of Victor Frankenstein’s (Andrew Gower) wedding to his father’s ward Elizabeth Lavenza (Lacey Turner). Andrew sang several well known songs including Wires by Athlete and Make This Go On Forever by Snow Patrol. During the live performance some pre-recorded films were also shown, such as the making of Frankenstein’s monster (David Harewood). 12,000 people watched the show live at the Abbey.

Frankenstein’s Wedding was nominated for a 2012 BAFTA award in the Sports and Live Events category but lost to The Royal Wedding.

In advance of the live show, BBC Three uploaded a couple of video diaries:

Finally, you can watch a recording of the live event in four parts on YouTube:

Digitalspy caught up with the cast to chat about the modern, urban re-interpretation of the classic novel in “Meet the Cast of Frankenstein’s Wedding”.

Read all our Frankenstein’s Wedding News!