This brilliant and stylish adaptation from writer-directors Robert Icke and Duncan Macmillan remains faithful to the classic whilst introducing a clever new twist.

From the minute Winston Smith, played superbly by Andrew Gower, puts forbidden pen to paper, his hellish fate is sealed. Big Brother is on to him. It’s a fast, furious and highly stylized production – flashing lights, live video projections and deafening explosions ratchet up the tension for an audience already on the edge of its seats.

The small cast double up as modern day academics and puppets of the Party state with gripping performances from the leads (Gower, [Catrin] Stewart and Gerard Gilroy as O’Brien) and moving portrayals of ‘unpersoned’ Syme by Joshua Higgot and Anthony O’Donnell as Parsons. 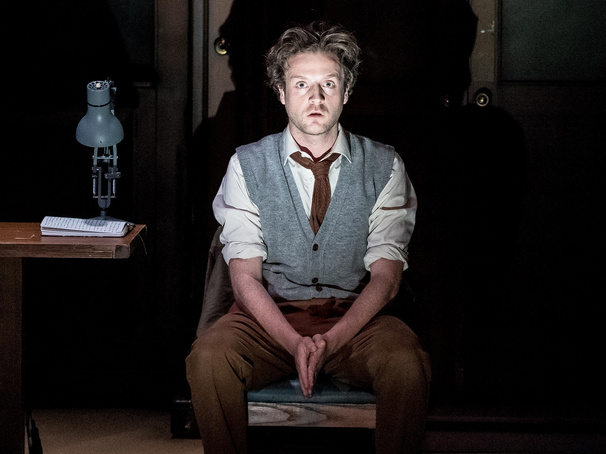 Andrew Gower put on an incredible performance as Winston – his frustration and pain felt by the audience.

Gower’s acting in Room 101 had me wincing, and also amazed at his ability to speak as though his teeth had been pulled out. 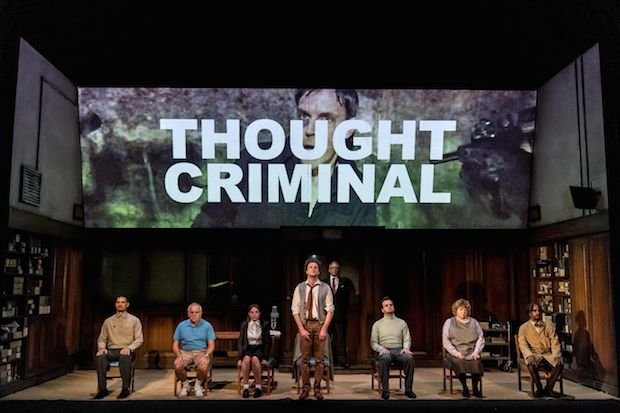 [The] marvellous set […] is perfectly utilised in the developing drama, particularly during a jaw-dropping transition in the final third.

This is also when 1984 becomes a thrilling theatrical beast, bringing the nightmare of Orwell’s vision to life. The scene in Room 101 is devastating, and easily the high point of the night’s entertainment.

The acting is solid throughout, with Andrew Gower (Being Human) as Winston Smith and Hilton McRae as O’Brien bringing fireworks to Room 101, while Doctor Who actress Catrin Stewart impresses as Julia, the woman who prompts Winston to rebel.

A glorious headfuck at times, 1984 is an incredibly strong piece of theatre and well worth checking out […] 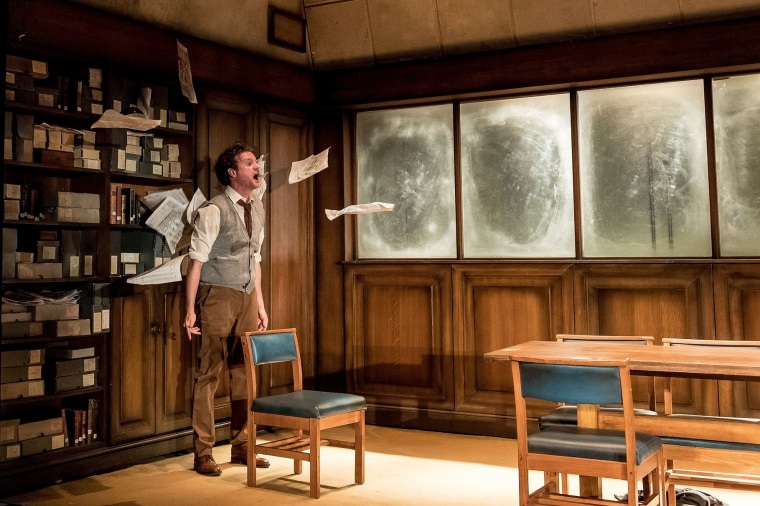 As Winston, Andrew Gower navigated this minefield of truth and trust with an air of perpetual anxiety that eventually spills over into complete hysteria during the Room 101 scene, the dark heart of the story.