Prince Charles Edward Stuart (Andrew Gower) and his rebellious army are back in Scotland and camped near Inverness. Jamie (Sam Heughan) and Claire (Caitriona Balfe) join them after their previous detour to the South and are shocked to see the state of the soldiers, only 3 days away from the fateful Battle of Culloden.

While running an errand in the city, Claire is surprised to meet a much changed Mary Hawkins (Rosie Day), who was reunited with her former admirer Alex Randall (Laurence Dobiesz), whose health has gravely deteriorated since Paris. At their quarters more surprises await Claire including another encounter with one Black Jack Randall (Tobias Menzies).

Alex Randall is not the only one whose health has taken a turn for the worse: The Chief of Clan MacKenzie Colum (Gary Lewis) has come to Inverness to ask Claire for one final wish and to have a talk with his younger brother Dougal (Graham McTavish) about the future of their clan. After receiving some secret information, the Prince and his generals make plans for one last ambush on Cumberland’s troops. 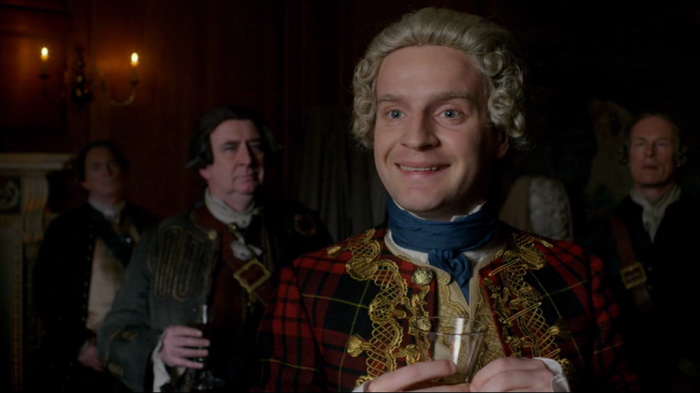