A few new images of Andrew Gower filming Murdoch Mysteries season 7 have been shared on Twitter by director Gail Harvey. All images can be viewed in their large form in the Gallery. 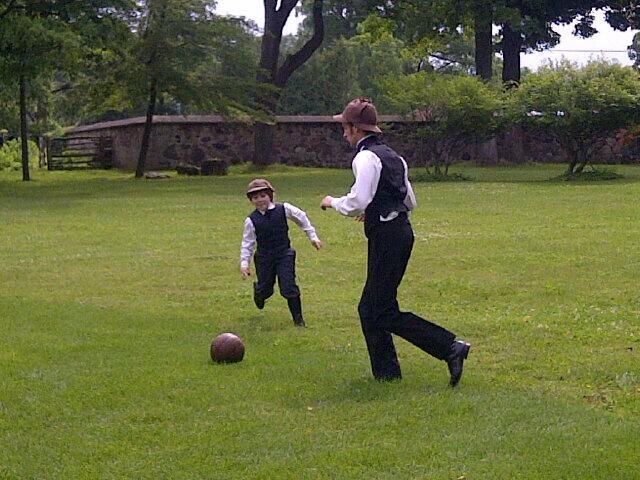 Andrew will reprise his role as Sherlock Holmes in season 7, episode 4 of the turn-of-the-century detective series.

The season begins on 30 September 2013 at 8pm on CBC in Canada.  Assuming no breaks, this means Andrew’s episode will air on 21 October 2013. Mark your calendars, Canada!

For fans in the UK, Alibi Channel have informed us that they will air the series early in 2014. 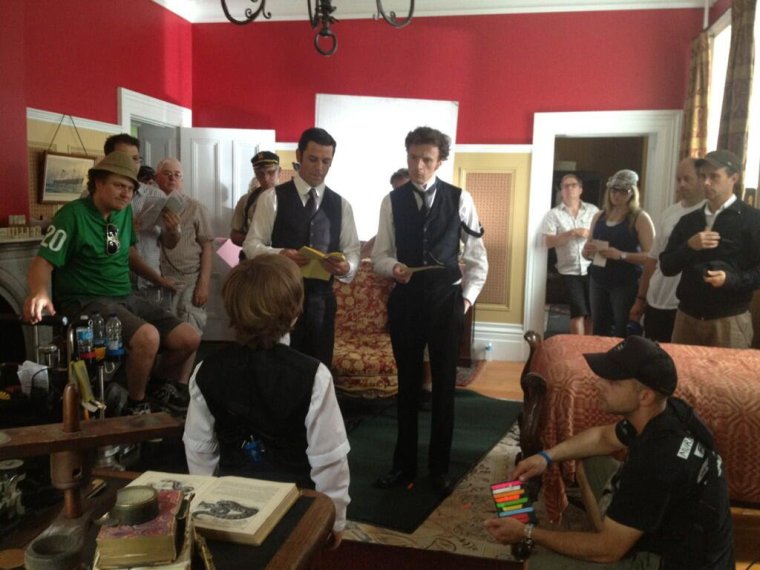 There is also an image of the cast for season 7 – note Andrew’s Spotlight shot on the wall! 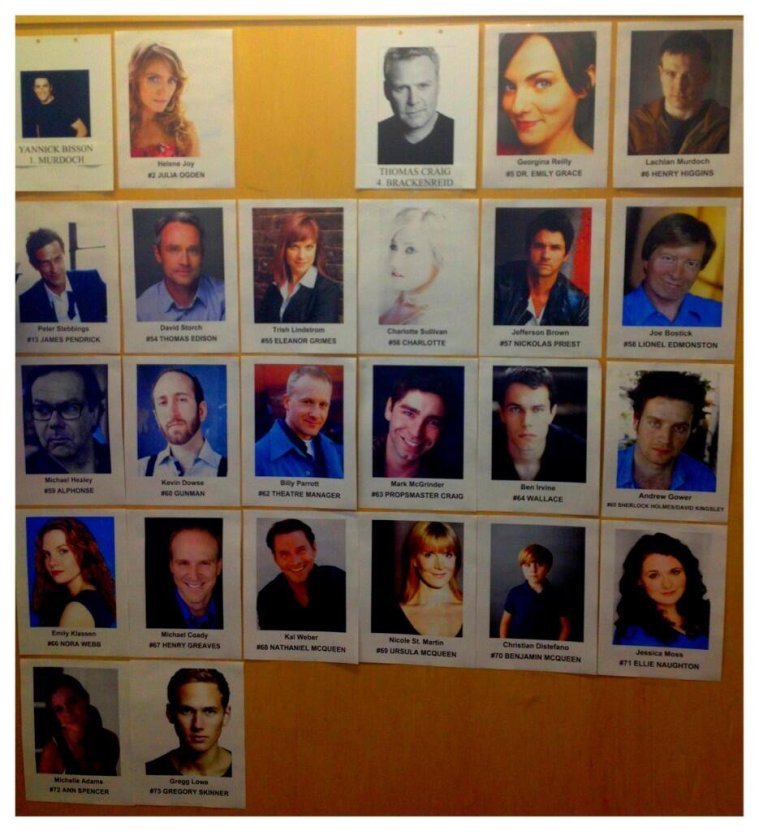